‘New releases for you’ still not updating

‘New releases for you’ hasn’t updated since 9th April. There was an earlier thread about this as a general issue and as a result of support this seemed to be sorted.
However, now, no albums or singles show any more recent items than 9th April from Qobuz. If I check Qobuz directly I see much more recent releases.
I’d have added to the earlier thread but it’s closed now.

Yep, agreed. This is what I am seeing today:- 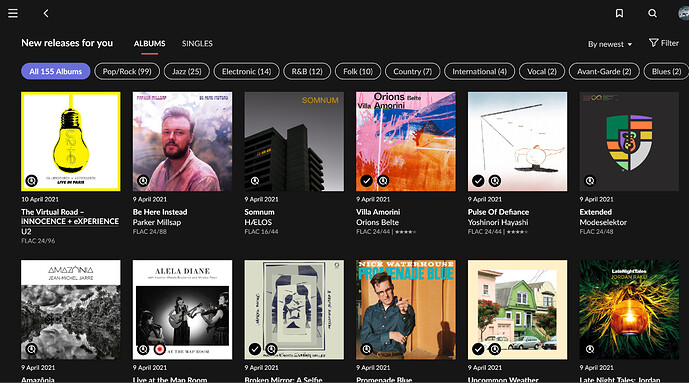 Can you share a screenshot of NRFY sorted by Newest?

Do you have TIDAL as well, or just Qobuz?

Hi @dylan - screenshot as requested. I only have Qobuz for my streaming service:- 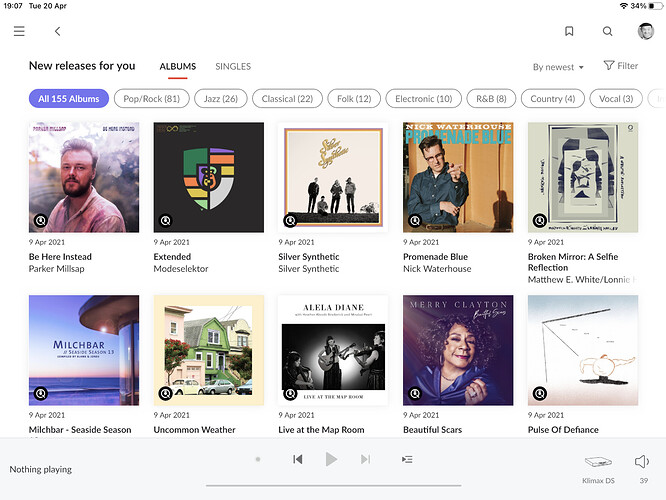 Just noticed that my NRFY is also stuck on April 9. Qobuz only.

I wonder if it’s just Qobuz, or if it’s Tidal too?

Running both Qobuz and Tidal. So much choice and so many updates… Same release shows up under Singles as well.

EDIT: Did a bit of fiddling - Removed both TIDAL and Qobuz from Roon, restarted ROCK and added only Qobuz back. NRFY got populated, however, latest release still showed April 9th.

apart from now having TWO new releases with one from Feb!

Once I remove TIDAL, NRFY section looks like this for Albums and Singles: 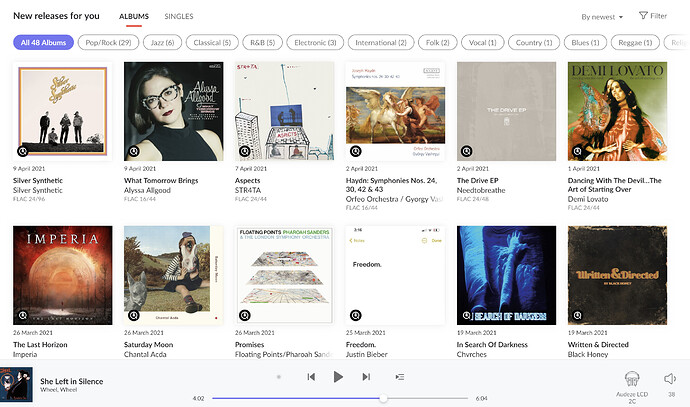 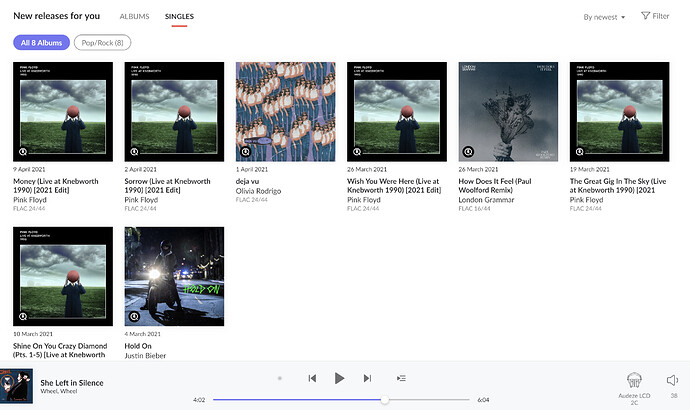 PS: Well, at least I now get a new single from The Bieber

Happening again to me as well. I am using Qobuz. There are no new releases past April 09 2021.

@dylan Can you please let us know if you’re still looking into this? The other topic on this issue where you posted (10+ days ago) saying this was now sorted has been closed and as you can clearly see, the issue is still present with some of us. 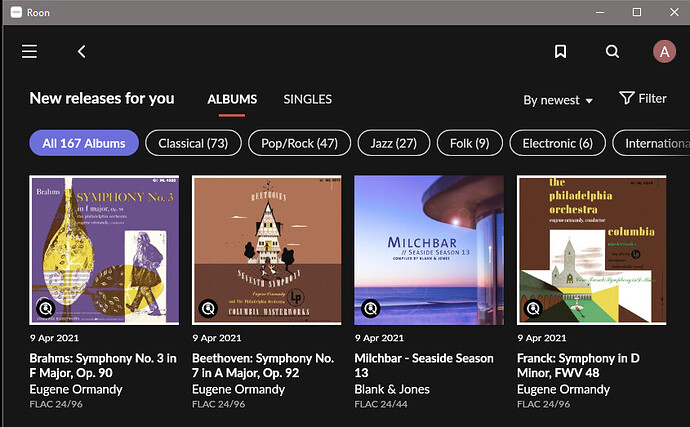 yup, same here with Qobuz (USA account), all stuck on April 10th. Activating my Tidal account shows a miserly 4 albums since in NRFY (also less than expected), but it’s something at least.
Suppose it’s my punishment for having added a whole bunch of Qobuz albums to the library recently without bothering to listen. Vālence demanding some respect?

I am having the same issue using both Tidal and Qobuz. I only have a few flagged on April 9th, most are from March.

I’ve never had a lot of faith in this functionality. Almost 100% of the time, it does not find new material from artists that I have several albums in my library but insists that I would like classical which I don’t have a single album in my library. 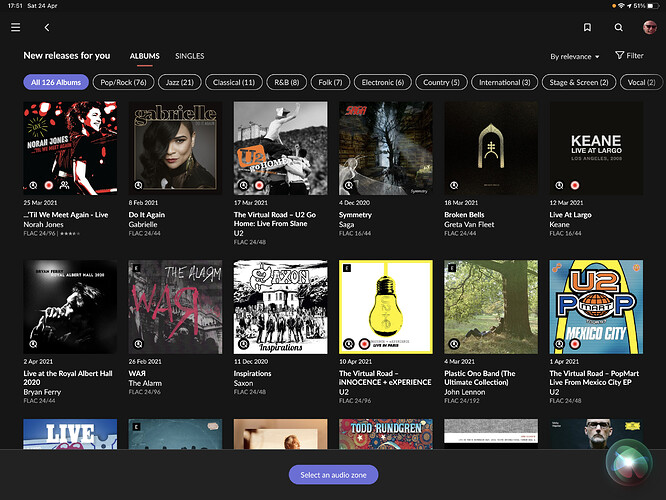 @Jim_F You’re lucky mate. Yours even goes to April 30th

@Daren_Peacock Could you try sorting by “newest” rather than “relevance”? This will show the date of the latest release. 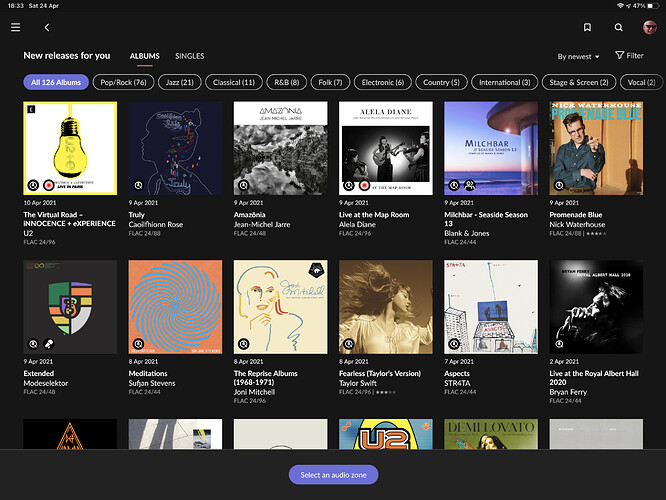 This looks to be an issue with the Qobuz data. If you have Tidal, it seems to be much more recent. I just subscribe to Qobuz, and I’m still stuck on the 9th April as well.

I seem to recall that this issue occurred a few months back as well. It was fixed then, but it looks as though we have a regression?

Support are aware of the issue.

Let’s hope the responsible party sorts this out once and for all. As for TIDAL, adding the service only makes it worse - it reduces the NRFY to only to releases in my case. I’ve detailed my case earlier and above.

I’m new at Roon having subscribed 3 weeks ago as an additional service to my Qobuz subscription.

I love the service but I’m having an issue I can’t resolve. On the home section, it doesn’t update the new releases for you part.

The last entries are from 9. April. I miss these recommendations from Qobuz or Roon. How can I have them regularly updated on Roon?