A new release is now rolling out for all platforms, with new features like Displays and Real Time Lyrics, as well as bug fixes and performance improvements. 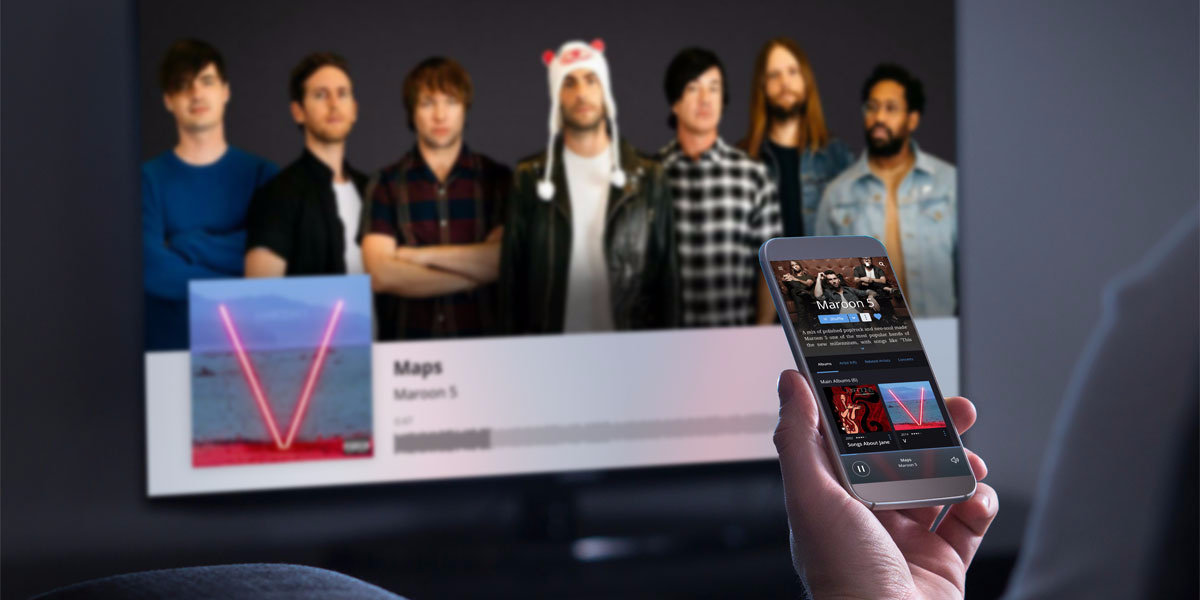 Since our Chromecast release a few months ago, we’ve been asked over and over whether we’d it would be possible for Chromecast devices to show cover art and artist photos for the music that’s playing via other devices, like Roon Ready devices, Sonos, Airplay and more.

As of Build 354, that’s now possible. Any Chromecast device on your network can now be used as a “Display” for any Roon zone.

It’s also possible to use Chrome, Safari, and Firefox as a Display.

Full details are available in our Knowledge Base.

Roon has lyrics for millions of tracks, and for many of these tracks we also have "timing" information, that let us scroll lyrics as you listen!

Note that not all tracks with lyrics will work with Real Time Lyrics. For content in your library, you’ll see a small icon when browsing:

You’ll also see a similar icon in the footer for Real Time Lyrics, even when the content is not in your library:

More information about Real Time Lyrics is available in our Knowledge Base.

After much testing, we were able to identify and resolve a stability issue affecting certain Nucleus and Nucleus+ units that caused the Roon Core to drop connections, stop audio playback or spontaneously restart under some conditions. This should now be resolved.

Our Android app has been updated to follow the latest guidelines and use the latest Android SDK. It also no longer requests any permissions at installation time. For some Android devices, the SDK update improves performance or stability. We have also resolved some issues relating to opening PDF files on Android.

A recent Facebook API change broke our Sharing feature, which prompted some changes. Sharing on iOS and Android devices has been overhauled to allow for sharing not just on Facebook, but also via other apps installed on your device, including Instagram. On desktop versions of Roon, you will need to download the image and share it using a web browser.

Starting in today’s release, any track with the file tag ROONRADIOBAN set to values 1 or true or yes will no longer be selected by Radio.

macOS Mojave changed some details about how permissions work. If you would like to continue using media keys on your keyboard to control Roon, you’ll need to click Grant Permissions on the Setup tab in Settings. Note that this step is now required even on older versions of macOS.

Roon now supports the iPhone XS Max, XS, and XR iPhone models, and should display properly on all of them.

Build 354 is rolling out now! Thanks everyone!

Roon Build 354 is now rolling out for macOS, Windows, Windows (64 Bit), and Linux. Updated versions of Roon for Android and iOS have been submitted to their respective App Stores and will be available soon. There is no update for Roon Bridge at this time.